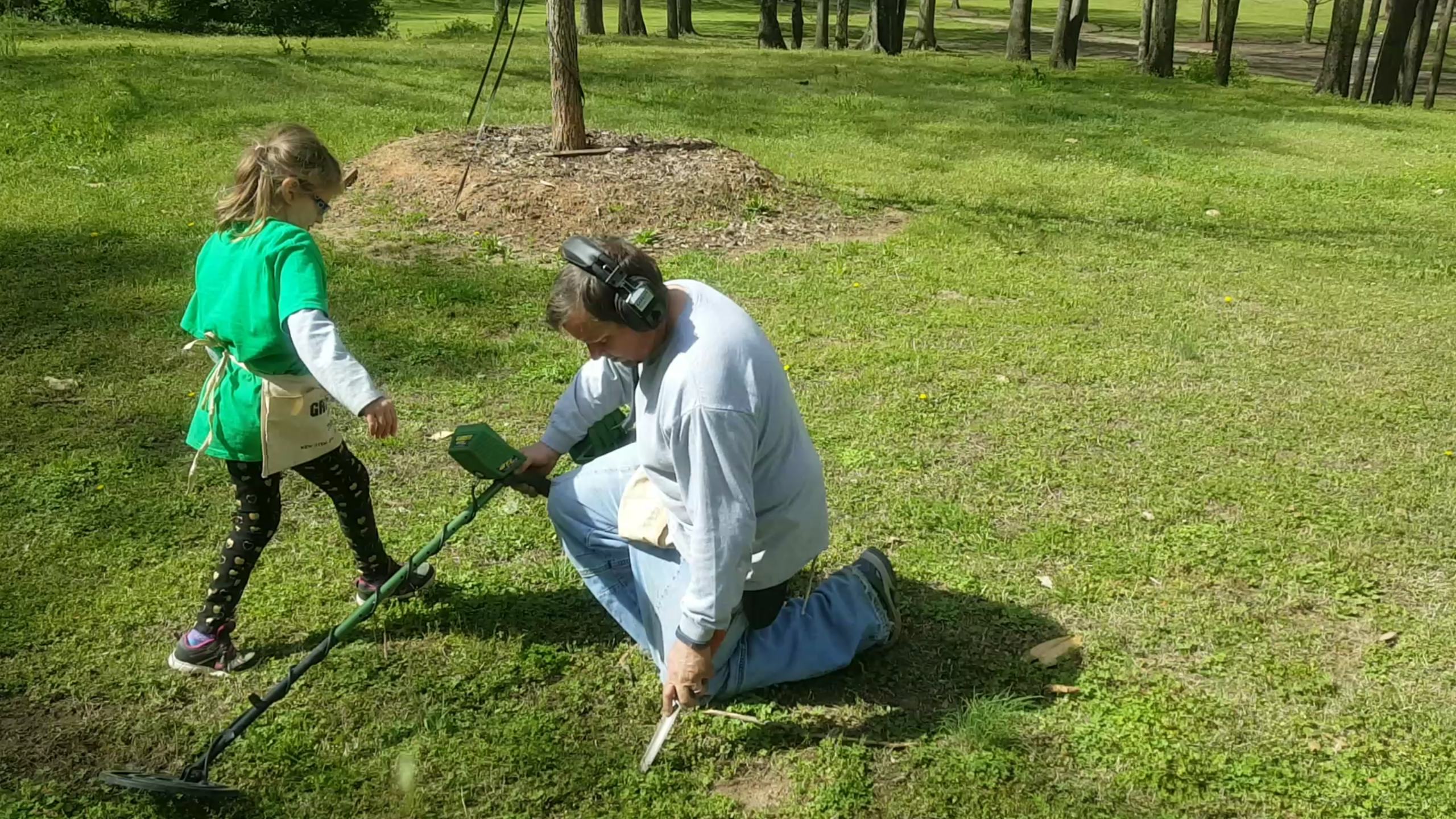 Taylor, Mike and I spent around three hours today metal detecting two old parks in Atlanta. Both parks were within a mile from Grant park. Wow, the first park was literally covered in trash targets! I started the hunt using my 12.5″ coil. That was a major mistake! I quickly switched to the standard 9.5″ coil, but even that coil had trouble keeping all the signals apart.

I’m sure there are some great coins hidden beneath all the trash, but neither of us found one. I did find some interesting copper relics. One of the copper relics hinges on one end and I think I’ll try and bend it back into what I believe is the original shape.

We had a metal detector showdown, my brother and I, about who would find the best targets. I was using a Garrett GTI 2500 and Mike was equipped with a Minelab Equinox 800. My total in clad coins was 70 cents and Mike found 53 cents, so it was pretty close. I think the imaging saved me some time not digging aluminum cans, but I still dug a few, just to check the detector. I’ve also noticed deep coins fool the GTI imaging system, so I didn’t want to pass up a nice deep silver coin. Unfortunately, or fortunately, whichever way you think of it, all the larger than a coin targets were exactly as predicted by the GTI 2500, junk. Here’s a video of the metal detector showdown:

Here are some still shots of our finds for the day:

In my eyes there was no clear winner in the metal detector showdown. I found 70 cents in clad and a few copper and brass relics in the roughly three hours of detecting and Mike found 53 cents and a bunch of trash. Neither of us found any old coins, not even a wheatie and that was our goal, at least it was my goal. If we were after clad coins, the local school yards in Forsyth or Dawson county would have probably been more productive. In the end, both machines did a good job.

One of our youtube viewers identified two of my relics. I found a ox knob which was screwed on the end of a Oxen horns to prevent the ox from attempting to sharpen his horns and it also helped protect people and other animals from the sharp horns and I also found a Ford Model T valve stem cover nut! Here are some close-ups of my finds using my Garrett GTI 2500: